Maize is an arable plant popular all over the world, widely recognized for extraordinary taste and nutritional values. It is a source of dietary fibre, protein, vitamins and minerals. Today maize is used in the food industry, among others, for the production of flour, groats and oil. This plant has relatively small soil requirements and high thermal requirements. For the cultivation of maize, it is advisable to apply a properly balanced fertilization.

Maize is grown in Poland, mainly as a fodder crop (for dried fodder, silage or grain), but more often new maize varieties tend to be intended for the food, chemical industry or for direct human consumption. Maize stands out among other crops by very high fertility, but also high nutrient requirements. Depending on the size of the resulting fresh weight and grain yield, per hectare maize collects 120 to 160 kg of nitrogen, 40-60 kg of phosphorus, 130-170 kg of potassium, 30-45 kg of calcium, 25-35 kg of magnesium and significant amounts of essential micronutrients.

Due to its valuable nutritional values for animals and people this plant should be particularly carefully and skilfully fertilized, so that apart from the maximum yield of biomass also the best biological value can be obtained. Most suitable for maize are, therefore, compound fertilizers of prolonged action such as pod SUPROFOS POD ZBOŻA, SUPROFOS 25 and SuproFoska 11. Disregarding large nutritional requirements of maize or application of excessive amounts of individual minerals causes development of physiological diseases leading to a reduction of yield or deterioration of its nutrition.

Inadequate supply of nitrogen causes that young maize plants are pale green and small. The lower laminas turn yellow from the top along the main nerve to the leaf base and on leaf sheaths appears purple-red colouration. The vegetation of plants is accelerated, while the yield of green mass and grain – small. Whereas excess of nitrogen is revealed by dark green leaves and a lush growth of maize, yet ripening of plants is delayed and the fodder value of green fodder and grains deteriorates.

Thanks to phosphorus maize produces a high yield of cobs with well-filled and valuable grains. Phosphorus deficiency manifests itself by stiffness and browning of lower leaves that twist downwards and their edges get brown. Young leaves take phosphorus from older ones, causing their slow browning and necrosis. One application of phosphorus fertilizer in crop rotation of maize does not provide a good supply of this essential element. To avoid the effects of deficiency described above, simple granular Superfosfat can be used.

Maize needs large amounts of potassium. Its deficiency causes that between leaf veins appear necrotic brown spots and the main vein stays green for long. Plants produce fewer cobs which are short, with poorly developed grain at the top. Potassium deficiency leads to a significant reduction in yield, while a good supply of this element increases the resistance of maize to drought and guarantees a good yield of green mass and grain as well as ensures a good biological value of resulting feed. On soils poor in potassium it is particularly desirable to use compound fertilizers such as SuproFoska produced in Szczecin that contains a higher amount of this element.

Maize has a high demand for magnesium. On soils poor in this element (too acidic) the edges of the oldest leaves wither quickly, taking on rust colour. As a result, the yield of green mass and grains decreases. Good results enabling to avoid magnesium deficiency are given by the compound fertilizer – SuproFoska 20.

Maize is particularly sensitive to zinc deficiency in the soil. In the conditions of deficiency shortly after emergence seedling vertices get white. Plants do not develop stalks and consequently stop growing.

Maize, as well as other cereals, is vulnerable to lack of copper. The leaves of seedlings curl up at the top in a tube-shape, turn white and die.

With molybdenum deficiency in the soil maize leaves are pale green. Plants grow slowly, growing of ears delays and short cobs are formed with underdeveloped posts.

Maize reacts to iron deficiency in the soil. The plants, then, are very pale, especially the youngest leaves, so called leaf striping (i.e. white streaks between the green veins) appears. In order to avoid the occurrence of physiological diseases caused by an insufficient supply of zinc, copper, molybdenum and iron for maize it is recommended to use such fertilizers which contain essential micronutrients in its composition. All fertilizers produced by FOSFAN contain micronutrients suitable for maize and thus meet all nutritional requirements of maize.

FOR GROWING MAIZE CROP WE RECOMMEND: 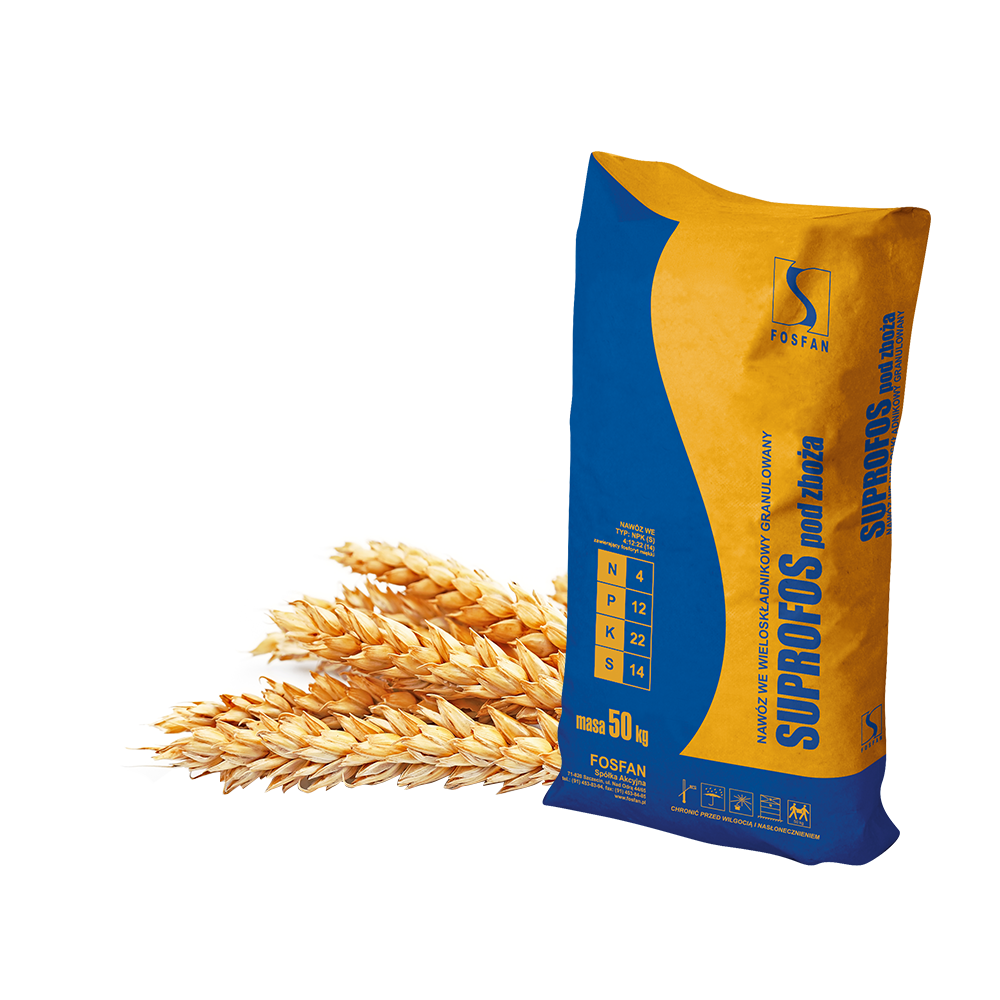 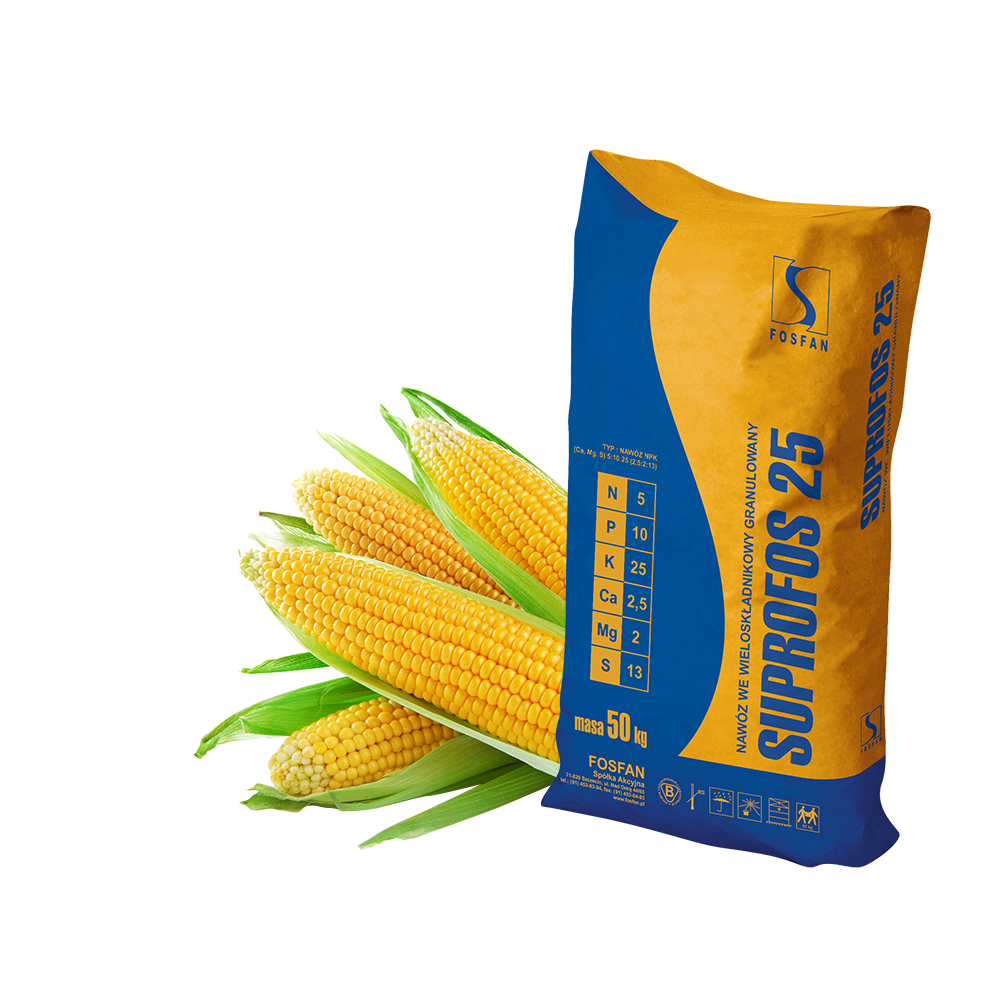 Show all products for fertilization of maize

This website uses cookies to improve your experience while you navigate through the website. Out of these, the cookies that are categorized as necessary are stored on your browser as they are essential for the working of basic functionalities of the website. We also use third-party cookies that help us analyze and understand how you use this website. These cookies will be stored in your browser only with your consent. You also have the option to opt-out of these cookies. But opting out of some of these cookies may affect your browsing experience.
Necessary Always Enabled

Any cookies that may not be particularly necessary for the website to function and is used specifically to collect user personal data via analytics, ads, other embedded contents are termed as non-necessary cookies. It is mandatory to procure user consent prior to running these cookies on your website.